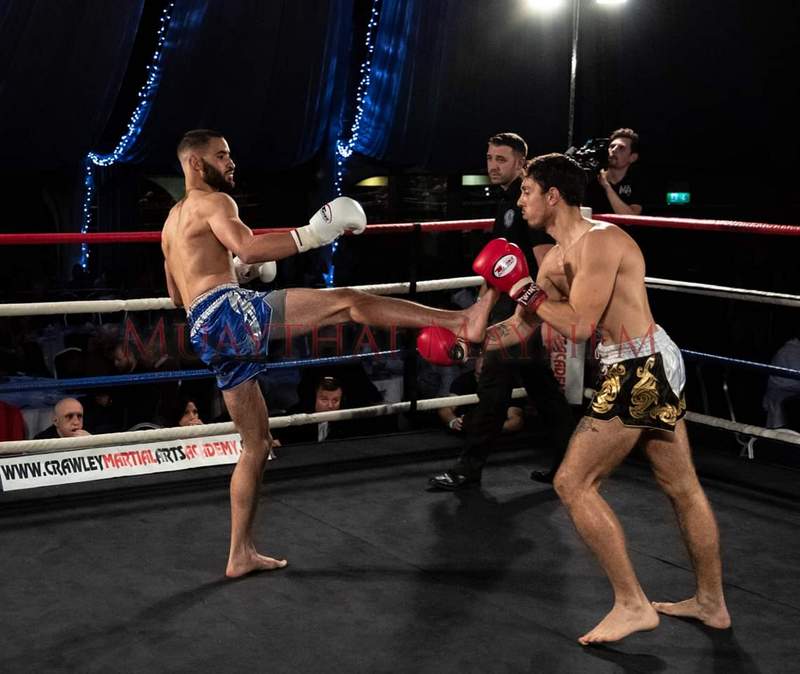 Effingham Park Hotel was the venue for this prestiguous Thai Boxing and K1 Show hosted and promoted by John Jarvis and Paolo da Silva of Lumpini Crawley.

Well done to Kicks Ruben La Pira on his fight with “Luke the Lion” from the well respected Keddles Gym. Ruben who is a 67Kg fighter took this fight at 70kgs with two weeks notice having only been training in Brighton with Kru Chao for four weeks.

We knew that this would be a tough fight and that Luke would be very well schooled.   The win went to Luke but Ruben definitely held his own.  Both fighters showed technique, timing and skill.  The fight had a good pace with both men looking for openings.  Both fighters were good at range, and in the clinch but this was where the weight difference between the two fighters was most evident. Ruben had a very good fourth round when he kept the fight at longer range.

Never lose always learn is an accurate description for this fight. Ruben went in and gave 100%. He showed great heart.  He lost the fight but he lost nothing in losing.