Kicks Fighter Ibrahim Hedari(17) vs Jacob Paice (Warrior) was fought over 3 x 2 rounds. This was an evenly matched and exciting fight. From the initial bell the pace was a fast one, but Hedari forced his opponent back with his effective sidekicks, his strong right hand and lead leg roundkicks to the head. He kept away from his opponent’s back hand and back leg, and in the third round he excited the sporting crowd with a jumping side kick which was just short of causing serious damage to his opponent.

A Unanimous win to Hedari.

Kicks fighter Lucasz Gromadzinski(30) vs Ali Hussein(Millenium) was fought over 3 x 2 rounds. This fight was a skilful bout which began with an explosive start from Hussein; a seasoned fighter returning to the ring after a two year absence. The Millenium fighter pushed forward from the initial bell and was digging his kicks in with full power. Gromadzinski fought well, using the upper cut, lead hook and lead leg effectively.  He caught Hussein towards the end of the first round with a good body kick and a strong right hand, but Hussein recovered well and came back very strong in the second and third round forcing Gromadzinski to mainly fight on the back foot. An evenly matched fight which finished with a unanimous decision to the forward fighter Ali Hussein (Millenium). 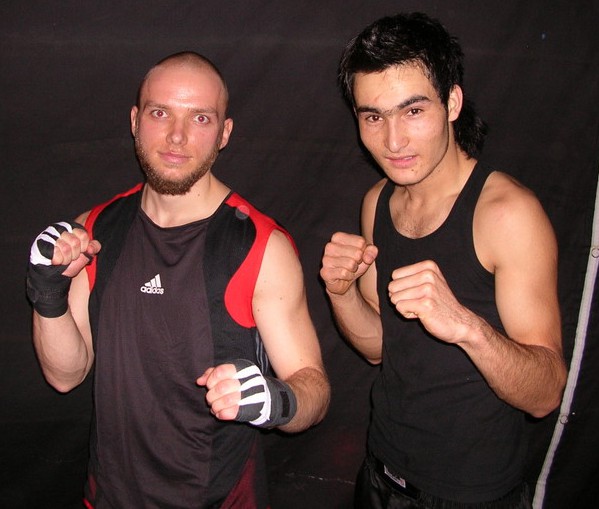