Saturday 21st May was the launch of MAaction.com. This is a new martial arts website put together by Richard Vince, and son Tom Vince. The launch of this event was at EPIC TV Studios in Norwich.  In the daytime there were a selection of Semi Continuous Fights. All fighters had participated in the NAK Championships earlier this year and had got through to the semi – final of their section. The evening  event was to showcase a full range of Martial Arts and Martial Arts Displays and went out live with Cage Rage and on screen personality Dave ‘o’ Donnell as the Compere. 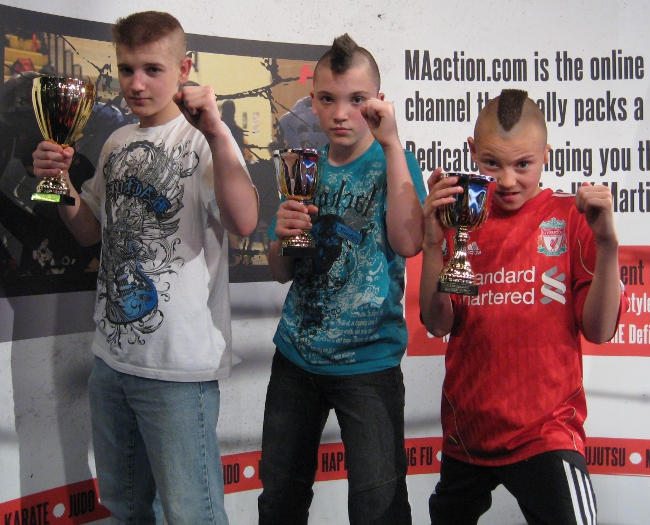 Kicks had been asked to take part in this promotion. The Headline Evening  Fight  being provided by Sarwar Hamid (Kicks) vs Eric Daley (Black Dragons- Ireland) over 5 x 2 Minute Rounds at 63 Kgs.  In the daytime Semi Continuous Kicks Fighters Robert Kenly(14), George Kenly(11), Jamie Brown (9), and Tomas Kovaricek were  all in action. Robert Kenly came away with a well deserved win over 3 x 1.5 Minute Rounds against J. Newman(BBA). His younger brother George was asked to step in and do a demo at the last moment with a Female Fighter from Millenium Kickboxing whose opponent had not shown up. George(11) showed both a maturity and skill as he pulled his shots, whilst his skilful and very game female opposition came forward, and with both camps agreement was allowed to go considerably harder. Jamie Brown had a close fight against J. Purdy(MB Academy) who he beat in his previous encounter, but on this occasion the win went to his opponent. 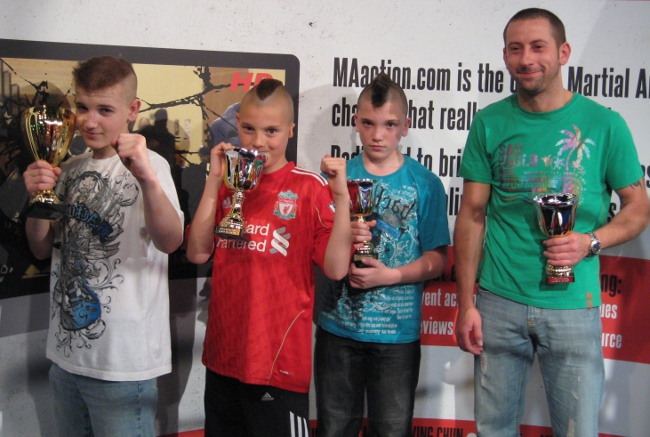 T. Kovaricek was our only adult fighter in action, and lost to C. Gittens (Millenium) who won the NAK Semi Contact Championships in Feb 2011. 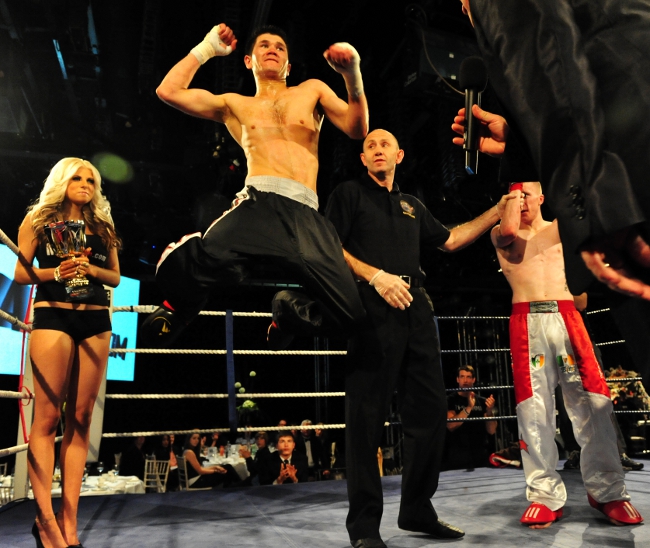 In the evening Sarwar Hamid showed his continuing improvement as he beat Eric Daley in a unanimous decision with all judges scoring him as winning every round. Eric Daley is 5 Nations Champion and Sarwar Hamid is Ranked No 1 in his weight division in Britain. The fight was action all the way and credit should be given to both fighters. The first round was fairly even between the two. The second round saw both parties taking a fair amount of shots and strong body and head shots going in, but the round was finished strongly by Sarwar hitting Eric with a left hook followed by a jumping spinning round kick to the head. Sarwar was now told by his corner to start working his legs and combinations, and to keep the fight at longer range.  The third round saw him countering a  kick from Eric with an accurate cross and push Kick into Daley’s face which knocked him back. The fourth and fifth round saw Sarwar stalking his opponent and continuing to knock him back with powerful push kicks and strong shots.An exciting win for Sarwar which is worth the re-match which is now being arranged in Ireland for the Vacant IKF Amateur European Title.

Watch the Show online at www.maaction.com