George Kenly was 1st in the Light Continuous Kickboxing 13 – 15yrs Boys (- 65Kgs). He had a bye which placed him in the final against Callum Sparrow (Mamba).  George’s accurate Kicking and sharp body shots saw a stoppage in the first round. 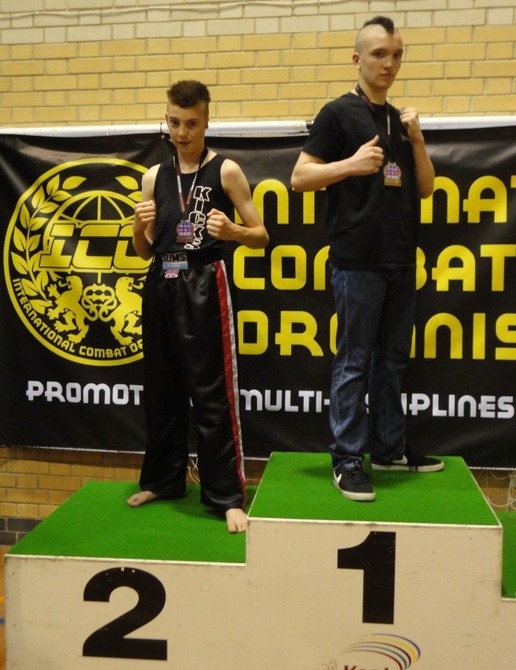 Jamie Brown was second in the Light Continous Kickboxing 12yrs  & Under Boys (45kgs+). He beat B. Goode (KMA Devils) to win his place in the final and lost on a close decision to Morgan Havard (Wales).

Adam Stubbs in his fourth Light Coninuous Kickboxing Bout in the 13 – 15yrs Boys (- Under 55kgs) lost to the experienced Leo Szulk (France). Tanith Colburn in the Women’s Light Continuous Kickboxing (Under 60Kg) Section lost to Rachael (Predator’s Gym) in a full on and non stop action bout.