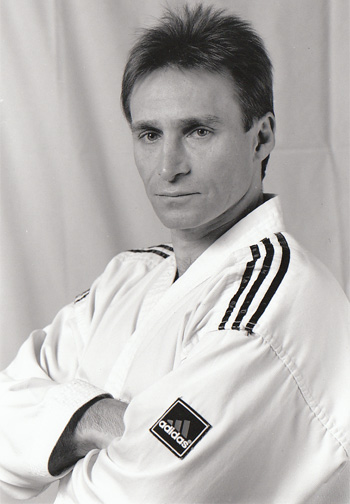 Chief Instructor Chris Kent (7th Degree/6th Dan) was first taught as a junior by his uncle Tony Henty. Chris and his five cousins were religious in their daily training of initially boxing; and later on of judo. They all trained at Hove Boxing Club, and cousin Dave Henty was Brighton School Boys Boxing Champion.

Chris started training at a local Judo Club in North Road, Brighton, and later on out in Shoreham with Sensai Tony Moore.  At this time juniors could not learn Karate, so Chris’s uncle who also trained in Shotokan Karate would teach Chris the strikes and kicks from this martial art. In his teens Chris and his five cousins trained at Jo Robinson’s in Vine Street, Brighton. This was the only full time Karate and Judo Club in Brighton at this time.  Jo Robinson was a 8th Dan World Judo Champ and had received his Black Belt under the instruction of Tatsuo Suzuki who is the most senior student to the founder of Wado – Ryu Karate; Hironori Obtsuka. In 1991 Tatsuo took over from Obtsuka in protecting the essence of Wado Ryu..

From Vine Street Chris went and trained at George Sfetas’s club in Withdean. When the club moved onto Compton Avenue, Brighton, Chris started instructing the juniors and the adult beginners. George Sfetas also started teaching at Sussex University when a Karate Club was set up by university student Robert Mason. Chris trained and taught at this club with George and Robert. When George moved to London in 1977, Robert Mason carried the University Club on and Chris helped both with this club and a club at St Michael’s place.

At this time Chris was learning Iaido with Vic Cook ,and training with Andre Doutre, Ron Fiedler and Alan Gibson . In 1979 when Robert Mason went over to America, Chris started up a club called Sama with Alan Gibson, and they were together about 12 years. In 1982 Terry Robins, Chris and Alan moved to the Full Time Dojo in Lewes Road. In 1990 Alan left the Lewes Road Dojo and became SKO (Sama Karate Organisation).

Chris continued to train with Instructor Terry Robins and Instructor Keith Collier, and throughout the 1990s Chris also trained under Steve Rowe, founder of Shikon. Chris got his 4th Dan(1991) and 5th Dan(1997) under Steve Rowe. Chris considers this one of his best periods of training and instruction as he met a lot of good instructors and groups through his involvement with Shikon. Towards the end of the 1990s Chris returned to learning Jodo with Vic Cook, and under Vic’s instruction was second at the British Jodo Championships. When Chris left Shikon to set up KMAC  he also started training under Tatsuo Suzuki.  Chris was fortunate to train on Tatsuo’s courses and seminars, and to also have Tatsuo come down to Brighton for courses and regular training sessions.

History of Chris and Kicks Club

In 1979 when Robert Mason went over to America, Chris started up a club called Sama with Alan Gibson, and they were together about 12 years. In 1982 Terry Robbins, Chris and Alan moved to the Full Time Dojo in Lewes Road. In 1990 Alan left the Lewes Road Dojo and became SKO (Sama Karate Organisation).  Chris and Terry carried on at the Lewes Road Dojo as Sama.  Whilst Chris put all of his energies and knowledge into training up and coaching some of our top Kickboxing fighters of the 1990s ( Phil Von Lanthem; Roger Silsby; Norman Greenaway; Tom Montgomery; Nick Clark; Jim Caldecourt; Robbie Langford; Anthony Hogbin; Mike Hurst, Terry Newton and Si Thompsett), Terry Robins was focusing on the Karate side with his students becoming part of the English National Karate Team and the English Wado Team. Terry coached and trained elite national and international champions such as Wayne Ashton, Lee Chittenden, Mark Freeman, Paul Simmons, Paul Ellis, Steven Spicer and Sarah Ovendon.
In the late 1990s George Sfetas returned to Brighton, and started up a club calling it Original SAMA. Three Sama Clubs in Brighton was too confusing for the public, so in 1999 Chris changed the club name to Kicks and in 2001 left Shikon and set up KMAC with Terry Robins, Keith Collier and Paul Simmons as his Senior Instructors. 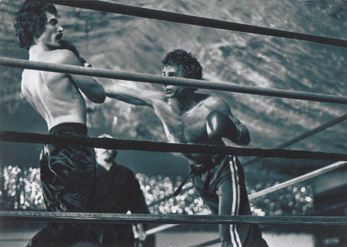 1970s
In the late 1970s Chris did a Martial Arts Speciality Act called “SAMURAI” with George Sfetas and Andre Doutre. This was one of the first of its kind, and they performed around the country. George Sfetas left the act when he moved to London, and Ron Fiedler took his place. The act continued and Chris, Andre, and Ron (with help from Rex Brangwyn and Paul Lathan) performed at various venues including Ronnie Scott’s and Shepperton Studios in London.  A record was made by the BBC of the sounds from their fight scenes, and has been used in many TV programs over the years.  During this decade Chris achieved his first dan(1975) and second dan (1978).

1980s
The PKA was brought over to England and Full Contact Kickboxing took off . Chris used to travel to London to train and compete. He was also training under Ronnie Davis with his cousin Steve Henty who was a Professional Light Middleweight Boxer. Chris competed both nationally and internationally, fighting in Europe and the USA. He was British Lightweight Champion, and was ranked 6th in the World.  In 1982 he was awarded Fighter of the Year by the PKA. It was at the end of this year he stopped competing due to family and full time gym commitments.

Having thrown his energies into teaching and coaching Chris was taking Kickboxing teams over to Europe and America. He received his 3rd Dan under Mick Blackwell and Billy Brennan in 1984. 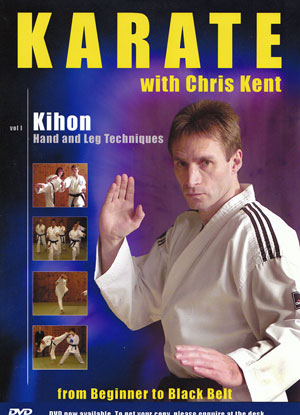 In the early 1990s Chris produced both “The Beginner’s Guide to Basic Karate & Self Defence” and “The Chris Kent Kickboxing Course.” To promote kickboxing his team of fighters also did Kickboxing demonstrations at Wembley Arena, Earls Court and Olympia. Throughout this decade he put on regular ISKA shows at Brighton Corn Exchange and during the early part of the 1990s was ISKA Ratings Director for Full Contact Kickboxing.

In 1995 Chris with Co- Promoters Pat Scannell and Roger Silsby put on Brighton’s largest kickboxing event at Brighton Dome. A full team of American fighters was flown over which included trainer and chris’s former opponent Mike Hollobaugh. World Champions Curtis Bush and Larry Jarrett were part of the American Team.  Chris had always wanted to put an event on at the Brighton Dome after doing his first paid karate demonstration there aged 19. Over 1400 people attended this event which saw Tom Montgomery fighting Curtis Bush for the ISKA World Professional Super Welterweight Title over 12 rounds, and Jim Caldecourt winning his first World Amateur Super Welterweight Title over 5 rounds.  Chris was featured in “Combat” Magazine and in 1999 an illustrated Chris Kent was featured in the first copy of “Later” magazine showing training exercises. 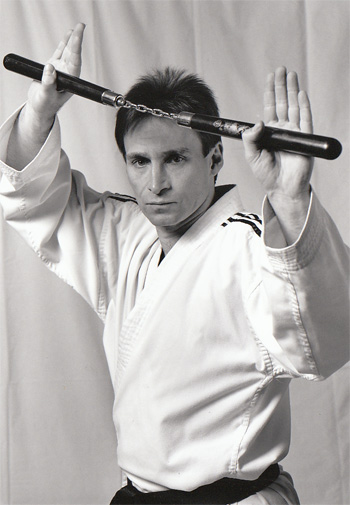 In 2000 Chris and Kickboxer Tiffany Williams flew over to Florida to take part in a Fitness Kickboxing Video “Funkicks” founded by Rodrigo Navarrete and endorsed by IFKA. Robert Mason and Chris have maintained their friendship through the decades. Robert who is International Commissioner and Chair of ISKA in America still comes over to Brighton and puts on seminars and training sessions at Kicks, Chris over the years has also been a frequent visitor to Florida and run seminars and training sessions for Robert’s students. Chris stopped promoting shows and put more time into his club and his association KMAC which he formed in 2001.  .

In 2003 Chris Kent was part of a training trip for Master Tatsuo Suzuki’s 75th Birthday in Japan. The highlight of the trip for Chris was being selected with former student Paul Simmons, and other non Japanese students, to demonstrate at Master Suzuki’s celebrations in Tokyo on 27th September 2003.  This was a great honour to demonstrate in front of Tatso Suzuki who is the most senior student to the founder of Wado – Ryu Karate Hironori Obtsuka. In this year Chris also was proud to see Saab his first non sighted student achieve her Black Belt.

In March of 2004 he was awarded his 6th Dan for his services to Wado Ryu by Billy Brennan and Mick Blackwell. In this same year Chris brought out “Kihon Basic Techniques” on DVD which is purchasable at Kicks HQ. He is bringing out Wado Ryu Katas in 2010. 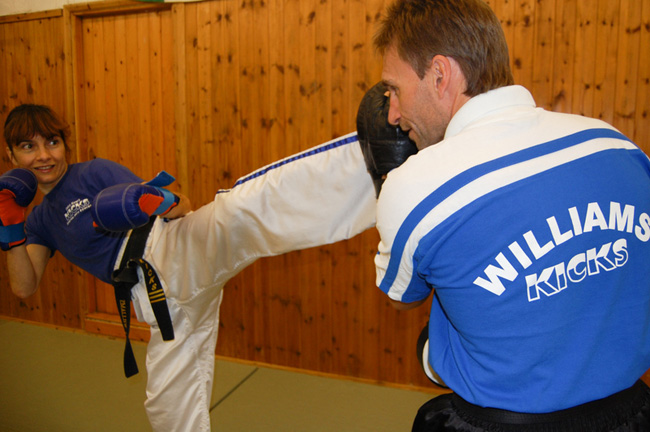