Wado-Ryu Karate is a Japanese martial art founded by Hironori Ohtsuka Sensei in 1934. Ohtsuka Sensei developed Wado-Ryu after studying the Samurai martial art of Jiu-jitsu, and Shotokan (another style of Karate). This combination, according to Ohstuka Sensei, is a softer, more natural means of self-protection.

The full name of the style is Wado-Ryu Karate-Do. The term Wado-Ryu means “way of peace” or “way of harmony”, indicating Ohtsuka Sensei’s original intention to use training in Wado-Ryu as a means of solving problems in a non-violent way. Karate-Do means “way of the empty hand”, as Karate is, for the most part, studied without the use of weapons. 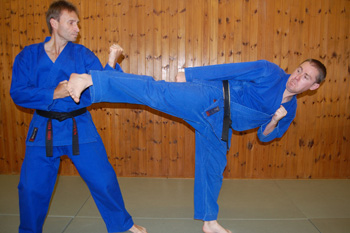 The United Kingdom, in particular, with the spread of Karate. After a Wado-Ryu Karate demonstration at a Kendo club in London, the Japanese Karate Federation was asked by the British student who had seen the demonstrations to send a Karate instructor to the UK. In 1964 Mr Tanabe was came to the UK as an official delegate of the Japanese Karate Federation, where he founded the All Britain Karate Association. This was the first Wado-Ryu Karate organisation to be established in Europe. Mr Tatsuo Suzuki soon followed, when he moved to London to teach Wado-Ryu Karate.

In May 1965, Mr T. Kono travelled to the UK to join Mr Tatsuo Suzuki, and later that year Mr Masafumi Shiomitsu arrived. Meanwhile, Mr T. Kono moved to the Netherlands to spread karate to the European mainland. In 1966, Messrs T. Takamizawa and Hayakawa transferred to the UK to help Mr Tatsuo Suzuki and Mr Masafumi Shiomitsu meet the growing demand for quality Wado-Ryu Karate. In 1968 Mr K. Sakagami, followed by Mr Kobayashi in 1969, also arrived in the UK, whilst Mr. S. Suzuki travelled to Ireland; furthermore, Mr Maeda arrived in the UK. 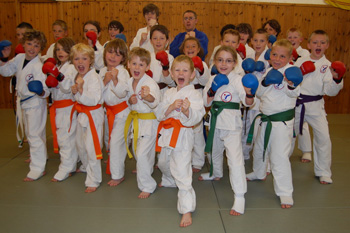 Although a number of these Wado-Ryu Karate instructors have returned to Japan, and others have replaced them, the first wave of Japanese instructors pioneered Wado-Ryu karate in the UK, and they have left an indelible impression upon the current practice of the art. This dedicated team of Japanese Sensei built the strong foundations of contemporary Wado-Ryu karate in the UK; their contribution can never be forgotten.